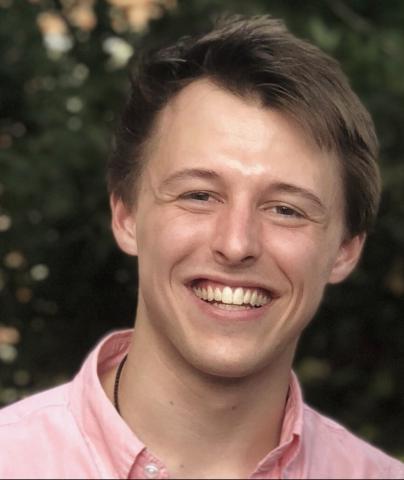 Will graduated summa cum laude from Bucknell University in 2021 with a B.S. in Neuroscience. He started developing neuroimaging methods in high school, examining large, publicly available autism fMRI datasets. During his first year at Bucknell, Will began training with Dr. Vanessa Troiani’s neuroimaging lab at the Geisinger-Bucknell Autism and Developmental Medicine Institute. Captivated by the potential of mathematics to advance brain mapping, he spent his four years with the lab creating tools to describe brain structure and function using graph theory and statistics. He focused on the orbitofrontal cortex, automating methods to help study how certain brain folding patterns confer risk for multiple psychiatric disorders. Continuing his study of autism spectrum disorders, he created a novel meta-analysis to evaluate the relationship between atypical brain function and symptoms.

Through several internships, Will gained further appreciation for how imaging methods can capture the intricacies of the brain. With Dr. Soohyun Lee at the NIMH, he helped automate large-scale calcium imaging of mouse neurons. With Dr. Lucina Uddin at the University of Miami, he led a large study of human salience network brain dynamics across the life span. With Dr. Jurgen Dukart at the Forschungszentrum Julich, he explored how drugs impact the correspondence between signals in simultaneously collected EEG and fMRI. His experiences led him to be awarded a Goldwater scholarship, to be offered an NSF graduate fellowship, and to publish three first-authored publications.

As an NIH Gates Cambridge scholar, he will work with Prof. Ed Bullmore at Cambridge and Dr. Armin Raznahan’s at the NIMH to explore relationships between brain networks and cortical folding. Will hopes to contribute to the growing field of precision medicine, advancing treatments for disorders based on markers in the brain.